No trace of this family’s origins has been found, though the first John was a farmer in Skelton, which lies in the parish of Overton to the north-west of York. This suggests that his family was already established there. Only a DNA test will reveal to which Pickering family the two Johns belong. 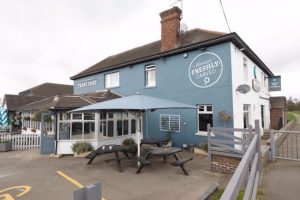