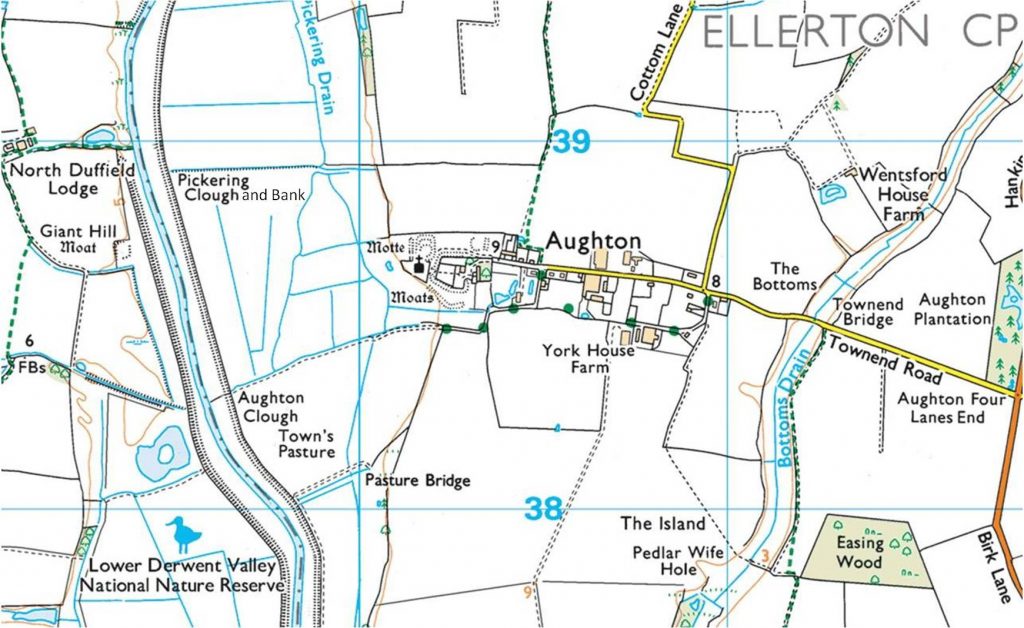 Aughton was formerly a parish in its own right, situated in the wapentake of Harthill (Holme Beacon division), but is now incorporated in the neighbouring parish of Ellerton, both villages being part of the historical East Riding of Yorkshire (see maps in Introduction). Before the 1832 parish boundary changes Aughton included the sub-parishes and localities of Aughton Ruddings, East Cottingwith and Laytham.

The small church of All Saints overlooks the floodplains of the river Derwent at the far west end of the road that crosses the village. It is famous for its association with Robert Aske, leader of the ill-fated Pilgrimage of Grace of 1536, for which he was executed. The church was built originally in the 11th century, but has been much altered since, and is especially noted for its Norman arch. It stands immediately south of a motte, atop of which stood a castle, most likely built in the years following the Norman Conquest to guard the approaches to York. In the 19th century the adjoining bailey was levelled and landscaped to make way for the construction of Aughton Hall and its gardens, removing in the process any visible trace of ancient features.