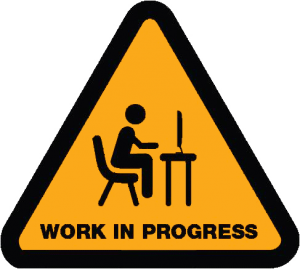 Relationship between the Dukes of Normandy and the
de Brus and d’Aumale families,
derived from various sources

The history of the d’Aumale family cannot be understood without a backward glance at their ancestors and their links to the royal families of France, England and even Scotland through the noble families of those kingdoms.

Before 1066 the East Riding of Yorkshire contained many scattered estates, built up piecemeal over the Anglo-Saxon period, and it was not until after the harrying of the North that it was consolidated by William the Conqueror. William granted all of Holderness (except for the church lands) as a single holding to his companion Drogo de la Beuvrière, along with many estates in Lincolnshire and manors elsewhere in England. Drogo was a Fleming, who probably came from the village of Labeuvrière near Béthune, an excellent soldier and a relative of Matilda of Flanders, the Conqueror’s wife. It is said that Drogo’s wife suffered a violent death at the hands of her husband, at which point he fled back to Flanders, as by 1087 King William had granted Holderness to Odo, the dispossessed Count de Champagne, who had arrived at the then Duke’s court in Normandy after the death of his father in c1047, on which occasion his uncle had seized his lands. Odo subsequently married William’s sister, Adelaide of Normandy, for whose support he received the “island of Holderness” and lands in Lincolnshire. It was Adelaide who brought to the marriage the title of d’Aumale. Aumale was frontier town, often changing hands between Normandy and France until its final capture by the French in 1204, when the d’Aumale title was also confiscated, but the English kings continued to recognise it in the title of Albemarle. Adelaide and Odo passed their titles – Count d’Aumale and Lord of Holderness – to their son Stephen, but he is known to history by the former. The d’Aumale title was passed down through the generations, coming to an end with the death of Aveline in 1274.

William le Gros, son of Stephen d’Aumale and so named after his great size which grew so vast that he could no longer ride a horse, received the further title of Earl of York from King Stephen as a reward for his services at the Battle of the Standard. It was undoubtedly this ambitious grand nephew of the Conqueror who influenced his sister Agnes to marry Adam I de Brus, first son and heir of Robert I de Brus and inheritor of large estates in Yorkshire. Adam I de Brus died while his son and heir Adam II de Brus was still underage, which no doubt suited the manipulative and exploitative William, who acquired the wardship of his nephew, though it should rightly have gone to the boy’s mother, William’s sister. This “acquisitive and aggressive magnate”, not content with his own already large inheritance, appropriated some of the de Brus lands, including Danby in Eskdale with its associated castle at Castleton, and gained control of the wapentake of Langbaurgh where the de Brus lands were centred. He also seized lands at Scarborough, founding the castle, and took over the castle at Pickering and the manor at Howden, the latter action earning him excommunication from the bishop of Durham and his growing power the sobriquet of “more truly the king beyond the Humber” than King Stephen. In later life William went on the found the abbeys of Thornton and Vaudey in Lincolnshire and Meaux in Holderness, the latter to absolve himself of his vow to go to Jerusalem, which owing to his age and weight he was unable to fulfil.

Adelaide of Normandy, sister of William the Conqueror, was awarded the title of comtesse d’Aumale in her own right. Aumale is a town in Normandy formerly known as Albemarle, which is derived from the latin Alba Maria. The title passed to her son Stephen and then to her grandson, William le Gros. As William had no male heirs, it passed to his daughter Hawise and her three husbands, but was later confiscated by the Kings of France. However, the English kings continued to recognise the title as Albemarle. 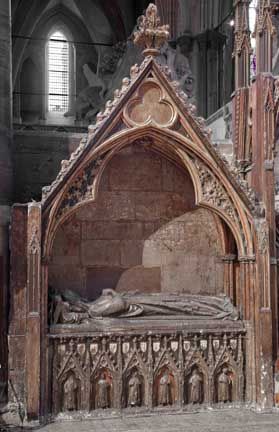