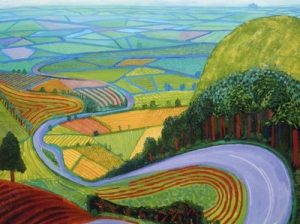 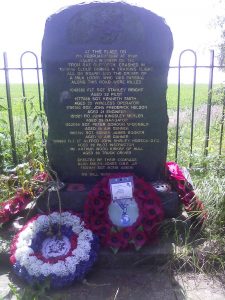 The parish of Bishop Wilton is situated in what was once the wapentake of Harthill (Wilton Beacon division), part of the historical East Riding of Yorkshire (see maps in Introduction). ). A beacon was erected near the village for the purpose of alerting the surrounding countryside to the approach of danger, giving rise to the division’s name. Before the 1832 parish boundary changes Bishop Wilton included the sub-parishes and localities of Belthorpe, Bolton, Garrowby, Gowthorpe and Youlthorpe. The village gives its name to Bishop Wilton Wold, more commonly referred to as Garrowby Hill, which, at 246 metres above sea level, is the highest point on the Yorkshire Wolds.

Domesday records that Bishop Wilton had a church and a priest and that the manor was held by the archbishop of York, apparently granted by King Athelstan at the same time as those of Beverley and Bishop Burton, though no charter has been found that names the gift and the grantee. The village derives its prefix from the archbishop’s palace that stood in a large moated area, now called Hall Garth, at its eastern end near the church. The palace was most likely erected during the peak building period of such structures between 1250 and 1350, but it was in a ruinous state in 1388, probably having fallen into disrepair after the last archbishop, Alexander Neville, stopped visiting it. The perimeter of palace grounds, marked by moats and fish ponds, is still clearly visible today. Only limited excavation has taken place so far, but a thorough archaeological investigation of the site should reveal more about the palace’s history.

There were two manors at Bishop Wilton, one held by the archbishop and the other by the prebend. They had become a single entity by the time they came into the possession of the Hildyards of Winestead. The manor later passed to the Sykes family of Sledmere, the principal landowners in the area.

The church is dedicated to St. Edith and was originally Saxon but was rebuilt in the Norman style in the 12th century. It was subsequently restored at various times over the centuries and the whole edifice was completely restored from 1858 to 1859 for Sir Tatton Sykes, though as much as possible of the old stone and work was retained. The church we see today is made up of a 12th century chancel with its Norman arch, two 12th century aisles, rebuilt in the 14th century and divided from the nave by four pointed arches, an early 14th century north transept, a late 14th century tower surmounted by an octagonal spire and a 19th century south porch with a finely decorated arch. There are a number of monuments to the Hildyard family. The stained glass windows are noteworthy for their colouring and realism. The west window is a memorial of Sir Tatton Sykes and Mary Anne, his wife, commissioned by their daughter Mary in 1864. St. Edith is represented in the centre, flanked by King Athelstan on her right and St. John of Beverley on her left. Before the restoration of the mid 1800s a window in the north aisle depicted the arms of Archbishop Neville family: gules on saltier or, a crescent sable.

Two John Pickerings and a William Pickering were tenants of the manor in the early 1600s, probably the members of the same family that lived in the village throughout the 17th century, though their origins are unknown, nor whether they died out in the male line or moved to a different parish. John Puckering was a tenant in the mid 1700s, a member of the Puckerings of Kirby Underdale, and those who appear in the village in the late 1700s and the 1800s were members of the Puckerings of Bishop Wilton and the Puckerings of Driffield, themselves offshoots of the Kirby Underdale Pickerings.